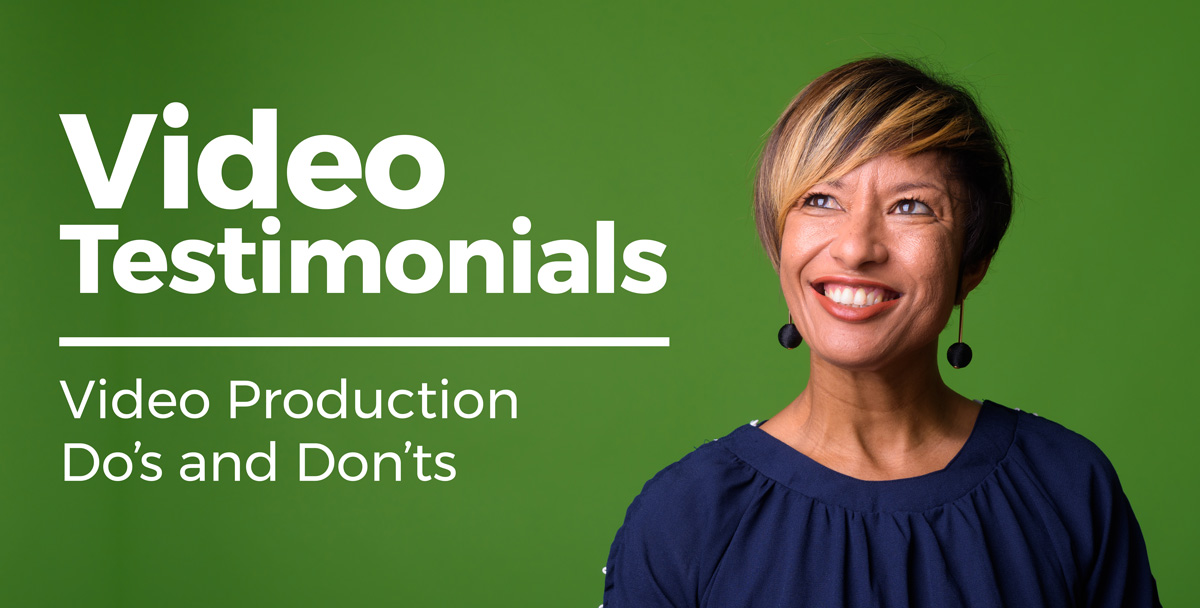 Video is the new television. Everyone is watching, everyone is listening, everyone is talking about it. At this moment, video production happens to be clearly separating those who are doing it right from those who are clearly just trying to put something into space to check off a box. A business who shows not only what their products and services can do, but how it affects their customers directly, stands a great chance of making a strong connection with their customers and clients. But what is stopping many people from bridging the gap between a job done, and a job done WELL? Experience is only part of the puzzle. In this article we discuss the ins and outs, the do’s and don’ts of turning your current level of video production into a fantastic video testimonial which can open the eyes and ears of your new customers based on the testimonials of your current customers. 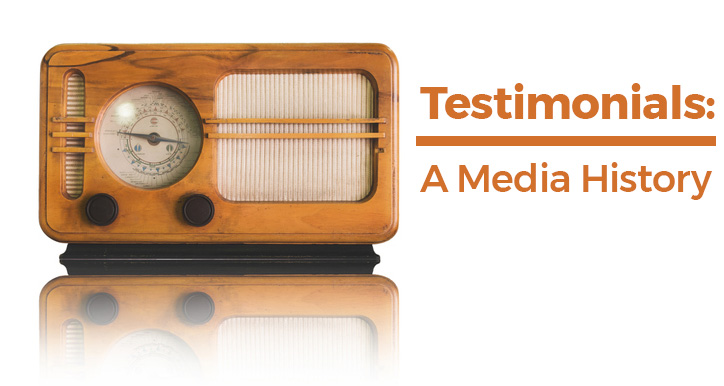 Since the introduction of mass media, people have been telling us that their products are great. Since the dawn of time, word of mouth as been the strongest path to finding excellence. In the earliest of times, town criers would travel around touting how a product was available and made lives easier. After a short time, however, people began to tire of hearing about the same products from the same town crier, and began tuning him or her out. As soon as hand written bills and broadsides were made available, people were reading in print just how fantastic new products and rare items were. This generated a great deal of buzz, but as people begin to talk, text ads were soon skipped over as a visual nuisance. Pictures soon made printed pieces easier for us to see and recognize these new products before we purchased them, and soon everyone was gaga over items they’d never heard of never seen or never tried before. After a while though, people began to sour to the idea because not all claims were true. Some of it was just snake oil, and the testimonials were false. Over the radio, announcers told us about products which were the best they’d ever seen, and people bought it hook line and sinker. Soon, there were so many different products being touted as the best, that people began to get sour and radio advertisement was soon a great time to talk with your fellow man. With the invention of television, not only did we have the opportunity to hear that these things were the best but we were able to see them in action! For many this new era allowed us to understand that seeing is believing. Hearing about it wasn’t enough, and many people jumped on board. Most testimonials with real people were flat and boring with poor video production, or fake actors failing to give a convincing testimonial. Again, we ignore them, skip them, or purchase devices or service plans which allow us to skip these items.

As the electronic age has progressed, and with the Internet in full flow, plenty of different people have taken an opportunity to give us testimonials in writing. Again, their websites tout their products are the best, and their products are ones which we should try. Once again, as writing fails, people turn to the closest thing to word of mouth that they can: A testimonial in video format.

What Is A Testimonial?

Testimonials aren’t really all that new, people used them in newspapers, people use them in the radios, people used them on television before, but Internet for a long time was simply a brochure-based website with text. That is specifically, that the Website was a brochure in digital form made available over the internet. Now, the testimonials begin to mirror television with a visual representation. Luckily for us, the material is not push marketing, but rather allows you, the viewer, to choose to start the testimonial or leave it eerily silent.

The evolution here is clear:

In the past, a type of mass media was created or used for each individual item. Television broke this mold by incorporating all of these, although the advertising cycle went in the same order. The internet followed this same path with email and websites. Social media is following this same pattern even now.

As social media began to climb in popularity, people would normally tell us about things that are great, and testimonials from our “friends” over social media began to hold a strong attention for us. This lead us to purchase products that we’ve never tried before, and to take an interest or “start a conversation“ about whether they’ve used or how great a product it is, why they’ve made the switch, or what decisions they’ve made and why they’ve made them. However, these days, a random facebook post featuring a testimonial is likely from a puppet accounts, unless they’re from your actual friends. And by actual friends, I mean people that you actually know and see in person. 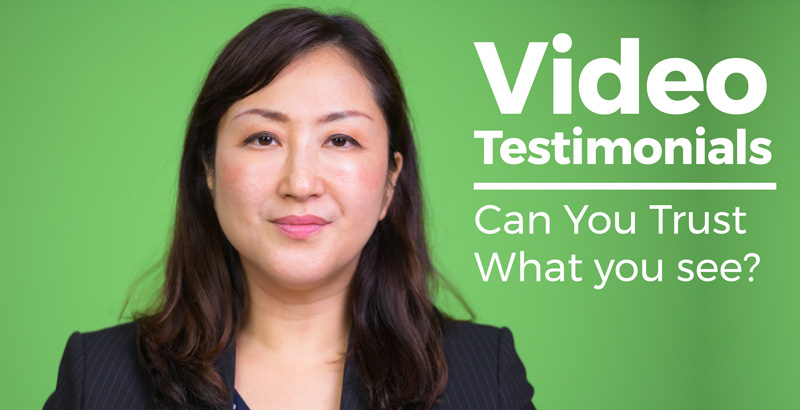 Video Testimonials: Trust You Can See?

People do understand a real person when they see one. And, people do recognize that a real person with a real name who says they’re a real client of your business can be investigated. Anyone can go to a social media account and recognize named individuals. When someone in a video testimonial talks about how their business has been bolstered, you can go to their business website and see how things have changed. Video testimonials are a great way for people to showcase the positives of your business products or services and how it has affected other businesses or customers directly. If that person turns out to be a ghost, is not connected to the business they say, or are an actor for hire… your credibility is ruined.

A video testimonial tells people about your business. When it looks great, people can understand it and see a real person with real story. If done right, one will do the job. If you have more than one video, each should be very professional. When you do a good job, it shows.

However, when you do a poor job that shows as well. A job done poorly has bad video quality, bad lighting, and it makes your business look bad. 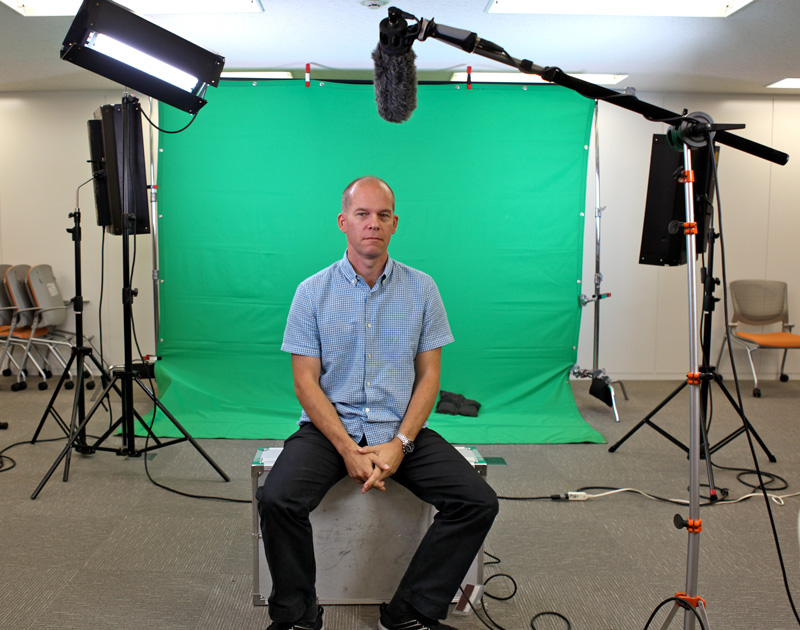 Don’t forget, statistically, people are more afraid of speaking in public than they are about dying. Palms get sweaty, people forget what they’re saying, and often its a struggle to stay on task. Make sure you’re doing your best to keep people on track.

I suggest getting a teleprompter app on an iPad, surface, or other device. You can always hold these over the camera so that your speaker can easily read and talk while maintaining eye contact with your camera. I heavily suggest getting Parrot Teleprompter. As a free App, it allows you to scale letters, speed up or slow down content at an affordable price.

When hiring professionals, you get what you pay for. Your clients can meet in their studios, or they can come to your spaces an setup the shoot. They have great equipment, which they trust and have tried in numerous circumstances. But the best part is the service. Knowing they’ll work smoothly and easily, that you’ll have an easy time and that the final product will look great cannot be overstated.

At businesses like generate design, we work with our customers from start to finish to ensure there is a smooth process every time. No stories for testimonials coming to mind? We’ll help you question your customers in the most efficient ways possible. Got stories in the hopper? We’ll help you edit them into words that will generate sales. Got a fantastic office space? We’ll come to you! Need something more exciting? We’ll find something unique to your industry. Working with professionals is a great way to get what you want with the least disturbance to your workplace and team

Video testimonials are a great way for you to talk about your business. It’s more than a way that people can understand and identify with your products and services. Its about building trust. Words are nice, images too, social media is fine, but video is king. Take some time out of your day to determine just how much you could stand to gain by engaging and enticing clients with some great video testimonials. 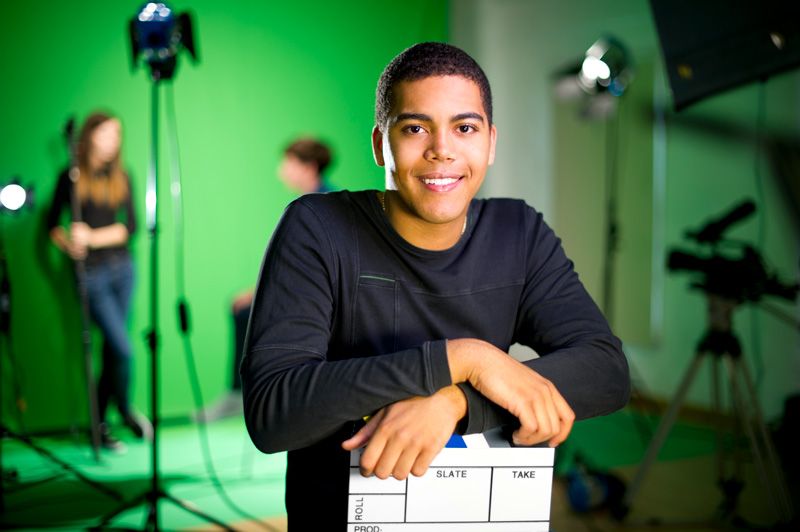